Phase I Clinical Trial of TetraAs.

Ten out of 15 patients (66.7%) had a decreased tumor (or tumor stopped growing) and most participants experienced an improvement in their quality of life due to pain reduction 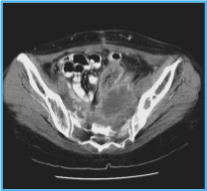 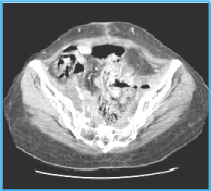 Significant reduction in tumor size
Improvement in quality of life 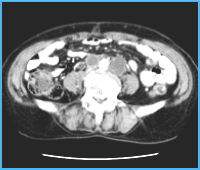 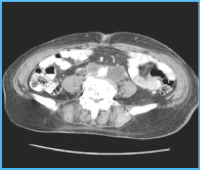 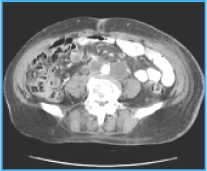 Reduction in tumor size,
Improvement in quality of life 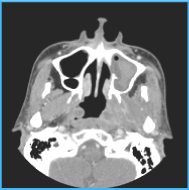 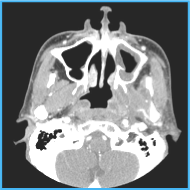 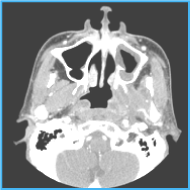 Discontinued due to
dose-limiting toxic effect

Discontinued due to
dose-limiting toxic effect

In this clinical trial, no adverse drug reactions were observed. Especially considering the fact that this clinical trial was conducted on 15 patients with terminal cancer whose previous treatments had been largely unsuccessful (including surgical operations, anti-cancer chemotherapy and radiotherapy), it is noteworthy that 10 out of 15 patients saw their cancer tumor size reduced and found that the progress of their cancer was stalled, as a result of their treatment with TetrAs. There was also a significant decrease in the tumor marker (SCC Ag) in 2 cases of cervical cancer (in case of R-01, decreased to 29.8 from 68.9 and R-02, decreased to 17.5 from 34).

During the clinical trial it was found that the drug blocks the vessels distributed around the tumor, which cause fistulization and tumor necrosis. Since one of mechanisms of this drug is anti-angiogenesis, which was confirmed in laboratory experiments and animal testing, the therapeutic benefits of this drug are possibly due to the drug’s effect on blood vessels. Currently, the so-called target therapy being developed globally does not cause a reduction in tumor size when used alone but when the target therapy is used in combination with other anti-cancer drugs, it increases the response rate of cancer treatment and extends the life of patients. Therefore, the drug under investigation should be approved for the next clinical trial phase to be used alone or in combination with other conventional treatment.

It is considered a merit of this drug that in patients with cervical cancer, a reduction in tumor marker and tumor necrosis was shown following a dose of 15 mg/day with almost no adverse effects.